A two-day working meeting on the topic of identifying activities under the jurisdiction of local self-governments aimed at providing support to students from vulnerable groups was held on October 15-16 in Belgrade.

The meeting was held as part of the project "Together in transition - Support to Children from Vulnerable Groups in Transition to Secondary Education" implemented by Centre for Education Policy, with the support of Pestalozzi Children's Foundation and the Ministry of Education, Science and Technological Development.

The meeting was attended by representatives of local self-governments in which there are primary and secondary schools participating in the project are located - Aleksinac, Becej, Bor, Zabalj, Knjazevac, Nis, Novi Sad, Surdulica and Cuprija.

In addition to the representatives of local self-governments, the meeting was attended by representatives of primary and secondary schools participating in the project – Primary school “Vuk Karadzic” from Zitkovac and Technical school from Knjazevac, presenting the perspective of schools and the needs of students from vulnerable groups in transition from the system of primary to the system of secondary education.

The participants were greeted by Ms. Snezana Vukovic, PhD from the Ministry of Education, Science and Technological Development, Ms. Snezana Klasnja from the Ministry of Youth and Sports, Ms. Maja Knezevic Romcevic from the Standing Conference of Towns and Municipalities, Ms. Slavica Kijevcanin from the Pestalozzi Children's Foundation and Ms. Jasminka Cekic Markovic from the Centre for Education Policy. The meeting was chaired by Ms. Zaklina Veselinović from the Centre for Education Policy. 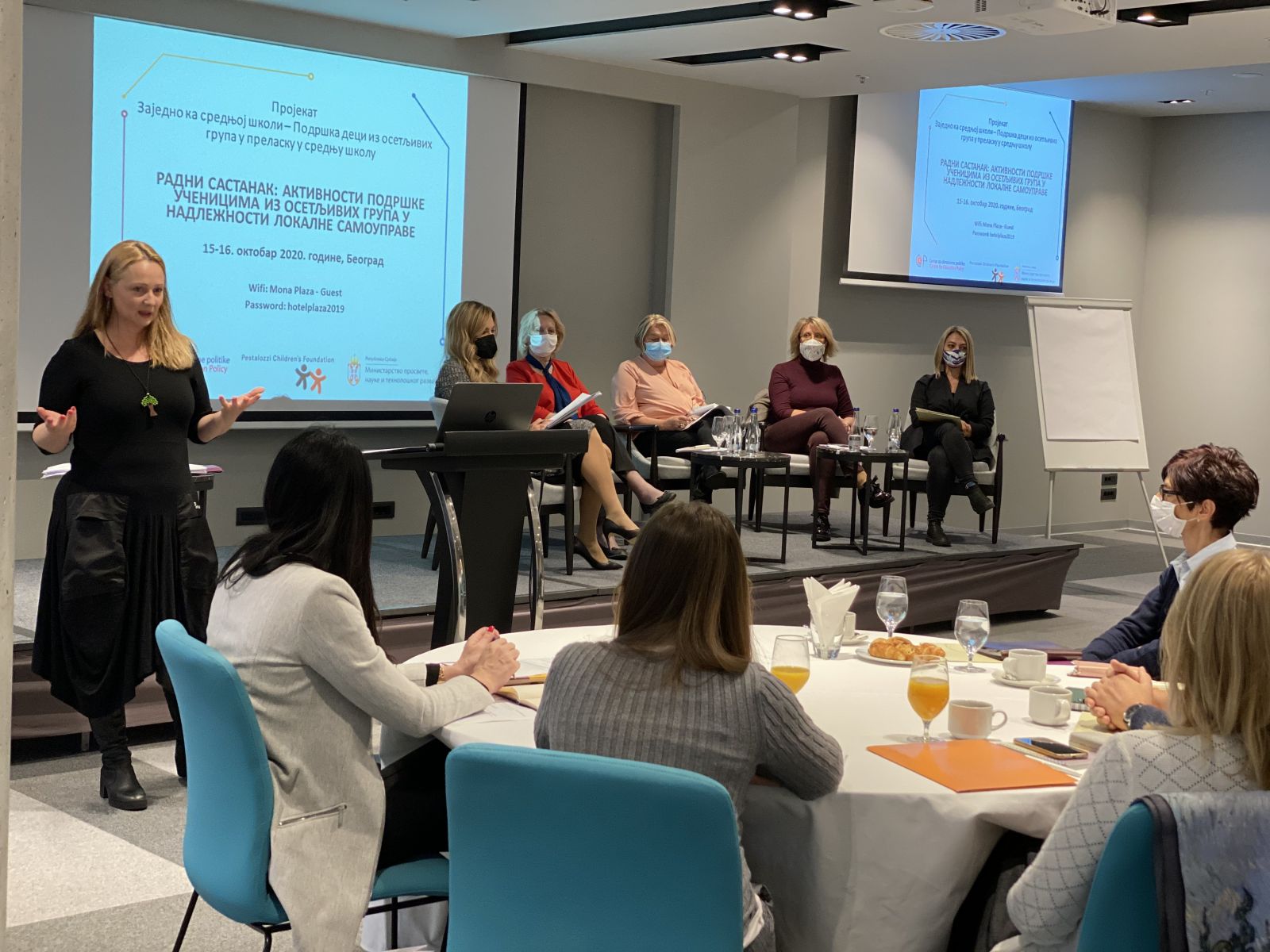 During the meeting, the first findings of the Analysis of the Capacity of Local Self-Government Units for Providing Support to Students from Vulnerable Groups, designed by Centre for Education Policy, in cooperation with local self-governments, was presented.

The general conclusion of the meeting is that no child /student (boy or girl) should be excluded from receiving support provided at the national and local level that are necessary for acquiring education, including those children whose families have low social background and who cannot independently support the development of the child's full potential. Also, one of the conclusions is that even more intensive cooperation with schools that attended by a large number of children from vulnerable groups is necessary, because the issue of education of students from vulnerable groups exceeds the scope of work and competencies, as well as opportunities, of the schools, which are institutions that primarily deal with education.